Hey everyone! It’s been a really really long time. o.o

I went through quite a lot of changes in the past year which took away from blogging time. I got a new job as an Institutional Repository assistant and moved so I could be closer to the new job and school. Two hour commutes to and from work and school was not the business ><! Also, my new job requires me to be in front of a computer for 5 hours a day, so I initially didn’t feel like dedicating more time in front of a computer when I got home. By the time I decided I wanted to go back to blogging, it had already been a few months and the anxiety to start up again got to me.

But I’ve read some amazing books that I wish I talked about on here, and I missed talking to people who enjoy the books I’m into. So I’m giving this blogging thing another shot! Casually and with no real schedule this time (for now) for the anxiety lol ><!

First post? The Mid Year Book Freak Out Tag because I’ve read 41 books so far this year and need to sum it all up.

This tag was originally created by Chami on Youtube. Go give her channel some love!

Without a doubt Jade City by Fonda Lee. Thank you to my cousin, Mr. Renzol, for convincing me to finally pick this up. Oh man, I’m going to try my best not to list this more than once this tag, but Jade City is now one of my favorite books of all time. It’s the Asian-inspired fantasy I’ve been waiting for. It’s dark and gritty and full of Asian culture. The Asian family dynamic was spot on and reminded me a lot of my own family. Especially since we’ve planning our next family reunion this whole year. >.>

Cheating a little bit already because in truth, I binged this whole series in one go, but I’m going to go with The Heart Forger by Rin Chupeco. I’ll be honest, The Bone Witch wasn’t my favorite read ever. It’s descriptive, and that’s fine, but it’s too repetitive with its descriptions. There’s just a lot of beautiful things in The Bone Witch. But The Heart Forger is amazing and underrated, probably because The Bone Witch doesn’t have the highest ratings on Goodreads. If you’ve given it a pass because of the first book, I highly recommend going back and reading The Heart Forger. Think Daenerys Targaryen with a three-headed dragon and a Tuxedo Mask that’s actually useful.

3. New release you haven’t read yet, but want to.

SO MANY but I pick Sorcery of Thorns by Margaret Rogerson because I started to read it and liked what I got to, but I was distracted by a different book and put it down. I think a library with monster-like books and magical librarians who train to watch over and protect said books sounds fun! Plus, I’m applying to librarian school soon, so this sounds right up my alley.

4. Most anticipated release for the second half of the year.

Steel Crow Saga by Paul Krueger. My other cousin, Cynthia, was fortunate enough to receive an ARC of it via NetGalley and is currently teasing me with it as I write up this post. In this upcoming YA SFF an unlikely group of people band together to fight a killer who defies the laws of magic. Paul Krueger is also a Filipino author, and my cousin tells me she already sees Filipino influences in what she’s read so far. Apparently something in the prologue is Visayan (my parents are from Western Visayas), so now I am DESPERATE to read this.

One True Loves by Taylor Jenkins Reid. Not loving this physically hurt me because The Seven Husbands of Evelyn Hugo is one of my favorite books ever. I went in knowing thinking this may not be my favorite, but you know how sometimes you read a book and think, “Okay, wow, this was made for me”? This was the exact opposite of that for me. I almost felt like I was intruding and shouldn’t be listening in on the MC’s thoughts because I didn’t have many of the same opinions as her.

In Waves by AJ Dungo. This graphic novel illustrates the lives of the author and his late girlfriend from when they meet to when she dies of cancer. We also learn a little bit of the history of surfing as the author compares his grief over the loss of his girlfriend to waves that come and go. I picked this up because I always try to support Filipino authors, I liked how the cover look, and I didn’t know anything about surfing. I had no idea I’d be near tears by the end of it.

Christina Lauren! I don’t always give their books 4 or 5 stars, but because of their work, I’ve realized I LOVE romantic comedies and will  most likely be posting more romcoms on here in the future.

Kalen from The Bone Witch Trilogy by Rin Chupeco. Like I said before, he is Tuxedo Mask if Tuxedo Mask was useful. Also, his relationship is probably the most mature relationship I’ve seen in a YA. I need to find me a Kalen!

It isn’t out until October, but Orpheus Girl by Brynne Rebele-Henry. This book didn’t make me cry, but it devastated me. It’s about Raya who is sent to conversion therapy after she is caught together with her best friend and lover, Sarah. Major trigger warnings for homophobia, torture, and suicide. I knew this wouldn’t be a happy read, but Raya’s depression was so much like my own. I did not have a good day when I was done reading this book.

12. Most beautiful book you’ve bought so far this year.

The UK edition of The Winter of the Witch by Katherine Arden. Look at its gorgeousness!

13. What books do you need to read by the end of the year?

The rest of the Farseer Trilogy by Robin Hobb because I want to make it to the Liveship Traders trilogy next year. I loved Assassin’s Apprentice, but Robin Hobb’s writing is more formal than I’m used to so it takes me longer to read her books. I WILL read all the books in the Realm of the Elderlings one day, though!

And that’s that! Yay! Have you read any of the books I mentioned? Let me know in the comments and feel free to link to your Mid Year Book Freak Out Tag posts so I can read your answers, too! 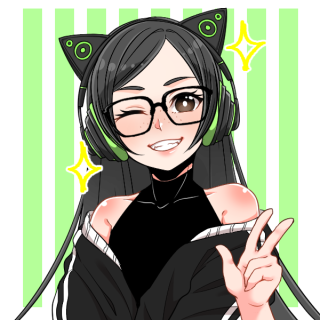